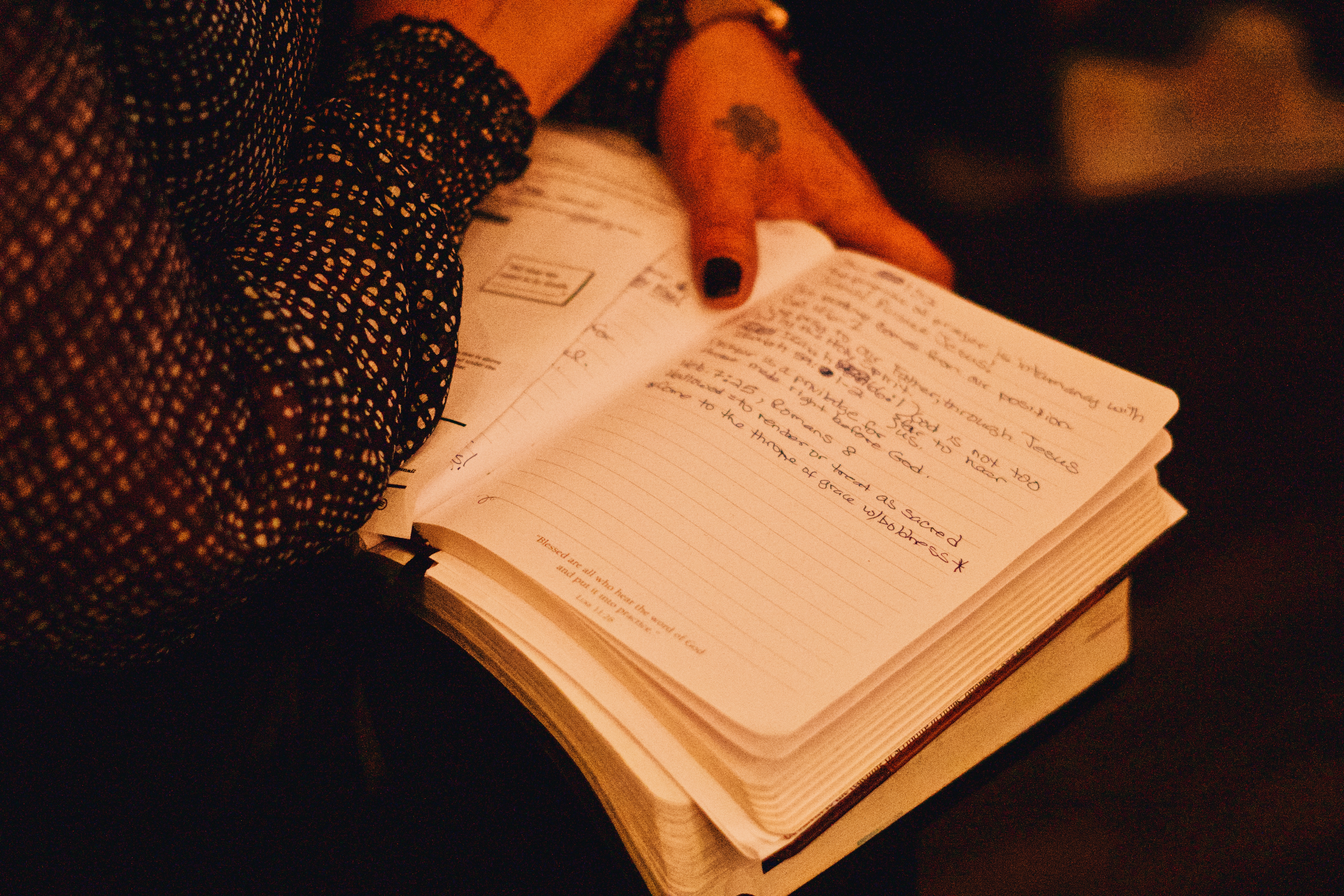 One Year: The Difference A Year Can Make

One Year: The Difference A Year Can Make

Luke 13
He also spoke this parable: “A certain man had a fig tree planted in his vineyard, and he came seeking fruit on it and found none. Then he said to the keeper of his vineyard, ‘Look, for three years I have come seeking fruit on this fig tree and find none. Cut it down; why does it use up the ground?’ But he answered and said to him, ‘Sir, let it alone this year also, until I dig around it and fertilize it. And if it bears fruit, well. But if not, after that you can cut it down.’”

1. You were planted to produce fruit!

Psalm 1:3
He shall be like a tree
Planted by the rivers of water,
That brings forth its fruit in its season,
Whose leaf also shall not wither;
And whatever he does shall prosper.
Faithfulness = Fruitfulness
"Don’t despise small starts, and don’t be impressed with rapid results."

2. The fruit you produce is not for yourself.
Philippians 2.3
Let nothing be done through selfish ambition or conceit, but in lowliness of mind let each esteem others better than himself.
“If you are seeking a goal out of selfish ambition you are inevitably going to be disappointed with the result.”

3. You must be open to caretaking.
Hebrews 12:11 (ESV)
For the moment all discipline seems painful rather than pleasant, but later it yields the peaceful fruit of righteousness to those who have been trained by it.
“There is a difference between barrenness and a lack of proper tending.”
James 4:17
Therefore, to him who knows to do good and does not do it, to him it is sin.

4. Those that do not bear fruit will be cut down.

Mark 16:1–8 (ESV) 16 When the Sabbath was past, Mary Magdalene, Mary the mother of James, and Salome bought spices, so that they might go and anoint him. 2 And very early on the first day of the week, when the sun had risen, they went to the tomb. 3 And they were saying to one another, “Who will roll away the stone for us from the entrance of the tomb?” 4 And looking up, they saw that the stone had been rolled back—it was very large. 5 And entering the tomb, they saw a young man sitting on the right side, dressed in a white robe, and they were alarmed. 6 And he said to them, “Do not be alarmed. You seek Jesus of Nazareth, who was crucified. He has risen; he is not here. See the place where they laid him. 7 But go, tell his disciples and Peter that he is going before you to Galilee. There you will see him, just as he told you.” 8 And they went out and fled from the tomb, for trembling and astonishment had seized them, and they said nothing to anyone, for they were afraid.

1. A Joseph and Mary

5. Fear and Assurance
Angel comforting Mary:
Luke 1:30–33 (NIV) 30 But the angel said to her, “Do not be afraid, Mary; you have found favor with God. 31 You will conceive and give birth to a son, and you are to call him Jesus. 32 He will be great and will be called the Son of the Most High. The Lord God will give him the throne of his father David, 33 and he will reign over Jacob’s descendants forever; his kingdom will never end.”

Angel comforting Mary’s "
Mark 16:6 (ESV) He said to them, “Do not be alarmed. You seek Jesus of Nazareth, who was crucified. He has risen; he is not here. See the place where they laid him.

6. The Good News Spreads
Luke 2:17–18 (NIV)17 When they had seen him, they spread the word concerning what had been told them about this child, 18 and all who heard it were amazed at what the shepherds said to them.

Mark 16:7-8 (ESV) But go, tell his disciples and Peter that he is going before you to Galilee. There you will see him, just as he told you.” 8 And they went out and fled from the tomb, for trembling and astonishment had seized them, and they said nothing to anyone, for they were afraid.

Mark 16:15(ESV) He said to them, “Go into all the world and proclaim the gospel to the whole creation.

Our Response:
1. Believe the news: the best gift we can receive.
The message of Christmas: Incarnation:
“The eternal takes on mortality only to reclothe himself with immortality so that mere mortals can take on immortality.”

2. Spread the News: the best give we can give.

5 points of suffering Jesus faced.
1. Bound
Mark 15:1–5 (ESV) And as soon as it was morning, the chief priests held a consultation with the elders and scribes and the whole council. And they bound Jesus and led him away and delivered him over to Pilate. 2 And Pilate asked him, “Are you the King of the Jews?” And he answered him, “You have said so.” 3 And the chief priests accused him of many things. 4 And Pilate again asked him, “Have you no answer to make? See how many charges they bring against you.” 5 But Jesus made no further answer, so that Pilate was amazed.
2. Rejected
Mark 15:12–15 (ESV) 12 And Pilate again said to them, “Then what shall I do with the man you call the King of the Jews?” 13 And they cried out again, “Crucify him.” 14 And Pilate said to them, “Why? What evil has he done?” But they shouted all the more, “Crucify him.” So Pilate, wishing to satisfy the crowd, released for them Barabbas, and having scourged Jesus, he delivered him to be crucified.

3. Mocked
Mark 15:16–20 (ESV) 16 They called together the whole battalion. 17 And they clothed him in a purple cloak, and twisting together a crown of thorns, they put it on him. 18 And they began to salute him, “Hail, King of the Jews!” 19 And they were striking his head with a reed and spitting on him and kneeling down in homage to him. 20 And when they had mocked him, they stripped him of the purple cloak and put his own clothes on him. And they led him out to crucify him.

4. Condemned
Mark 15:24–32 (ESV) 24 And they crucified him and divided his garments among them, casting lots for them, to decide what each should take. 25 And it was the third hour when they crucified him. 26 And the inscription of the charge against him read, “The King of the Jews.” 27 And with him they crucified two robbers, one on his right and one on his left.

5. Felt Abandoned
Mark 15:33–39 (ESV) 33 And when the sixth hour had come, there was darkness over the whole land until the ninth hour. 34 And at the ninth hour Jesus cried with a loud voice, “Eloi, Eloi, lema sabachthani?” which means, “My God, my God, why have you forsaken me?”

“He could have come down and saved himself; instead, he remained on the cross to save us.”

John 3:16–18 (ESV) 16 “For God so loved the world, that he gave his only Son, that whoever believes in him should not perish but have eternal life. 17 For God did not send his Son into the world to condemn the world, but in order that the world might be saved through him. 18 Whoever believes in him is not condemned, but whoever does not believe is condemned already, because he has not believed in the name of the only Son of God.

2 Corinthians 5:21 (NLT) For God made Christ, who never sinned, to be the offering for our sin, so that we could be made right with God through Christ.

5 . Because he experienced abandonment, we have access.
Mark 15:37–38 (ESV) Jesus uttered a loud cry and breathed his last. 38 And the curtain of the temple was torn in two, from top to bottom.
Jesus provided full access.

Romans 5:17 (NLT) For the sin of this one man, Adam, caused death to rule over many. But even greater is God’s wonderful grace and his gift of righteousness, for all who receive it will live in triumph over sin and death through this one man, Jesus Christ.

Mark 14:3–9 (ESV)
3 And while he was at Bethany in the house of Simon the leper, as he was reclining at table, a woman came with an alabaster flask of ointment of pure nard, very costly, and she broke the flask and poured it over his head. 4 There were some who said to themselves indignantly, “Why was the ointment wasted like that? 5 For this ointment could have been sold for more than three hundred denarii and given to the poor.” And they scolded her. 6 But Jesus said, “Leave her alone. Why do you trouble her? She has done a beautiful thing to me. 7 For you always have the poor with you, and whenever you want, you can do good for them. But you will not always have me. 8 She has done what she could; she has anointed my body beforehand for burial. 9 And truly, I say to you, wherever the gospel is proclaimed in the whole world, what she has done will be told in memory of her.”

It didn’t just cover Jesus it filled the room.

Fragrant offerings are often criticized.
“There will always be somebody who will say your offering to Jesus should be spent in another way.”

“In her offering, she was preparing a place for his purposes to be carried out.”

Mark 14:32–42 (ESV)
32 And they went to a place called Gethsemane. And he said to his disciples, “Sit here while I pray.” 33 And he took with him Peter and James and John, and began to be greatly distressed and troubled. 34 And he said to them, “My soul is very sorrowful, even to death. Remain here and watch.” 35 And going a little farther, he fell on the ground and prayed that, if it were possible, the hour might pass from him. 36 And he said, “Abba, Father, all things are possible for you. Remove this cup from me. Yet not what I will, but what you will.” 37 And he came and found them sleeping, and he said to Peter, “Simon, are you asleep? Could you not watch one hour? 38 Watch and pray that you may not enter into temptation. The spirit indeed is willing, but the flesh is weak.” 39 And again he went away and prayed, saying the same words. 40 And again he came and found them sleeping, for their eyes were very heavy, and they did not know what to answer him. 41 And he came the third time and said to them, “Are you still sleeping and taking your rest? It is enough; the hour has come. The Son of Man is betrayed into the hands of sinners. 42 Rise, let us be going; see, my betrayer is at hand.”

Jesus’ Beautiful Offering
1. Pure
2 Corinthians 5:21 (NLT) God made Christ, who never sinned, to be the offering for our sin, so that we could be made right with God through Christ.

1 Peter 1:18–19 (NLT) 18 For you know that God paid a ransom to save you from the empty life you inherited from your ancestors. And it was not paid with mere gold or silver, which lose their value. 19 It was the precious blood of Christ, the sinless, spotless Lamb of God.

3. Broken
The garden prepared him for the grave.

Mark 14:22–25 (ESV)
22 And as they were eating, he took bread, and after blessing it broke it and gave it to them, and said, “Take; this is my body.” 23 And he took a cup, and when he had given thanks he gave it to them, and they all drank of it. 24 And he said to them, “This is my blood of the covenant, which is poured out for many. 25 Truly, I say to you, I will not drink again of the fruit of the vine until that day when I drink it new in the kingdom of God.”